Asia’s second-largest artificial lake known as Jaisamand Lake which is also known as Dhebar Lake (after the Upper lake in Bhopal). This lake is 48 Kms from the city of Lakes Udaipur. Jaisamand Lake remained one of the largest lakes in the world until the building of the Aswan dam in Egypt by the British in 1902. Dhebar lake is surrounded by the summer palaces of the Queens of Udaipur. This lake is across the Gomti River. 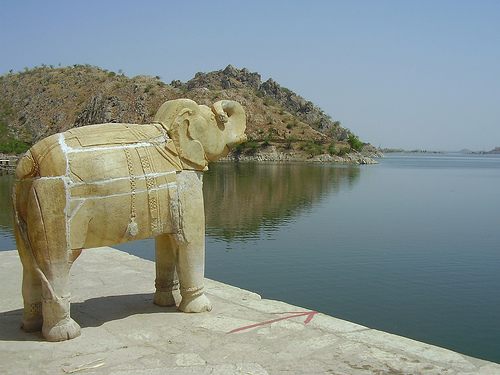 The nearby wildlife sanctuary is also worth a visit.. A trip to Jaisamand Wildlife Sanctuary allows a close encounter with the rich wildlife in their natural habitat. The fauna includes panther, wild boar, deer, four-horned antelope, mongoose and various species of migratory birds. There is a number of resort hotels catering for those who would appreciate a break from the noise and turnoil of the city

The dam on this lake is worth mentioning due to its massive size. It is 1202 feet in length, 116 feet in height and width of 70 feet at the bottom. The kings of Mewar were religious by nature and this is conformed by the fact that this dam has a Shiva temple. On the top of two nearby hillocks are two old palaces constructed by Maharana Jai Singh still exist in great condition. A very fine view of the lake is available from these Great Palaces. Graceful marble chhatris flank the embankment and beautiful summer palaces of the Udaipur queens. In total, this lake comprises seven islands and one of the islands is still inhabited by the tribe of Bhil Minas.

Out of all, the biggest island is known as ‘Babaka Bhagra’ and the second one is known as ‘Piari’. The lake has graceful marble steps descending to the water, you can enjoy boat ride in the calm waters of Jaisamand Lake too. This lake offers a wonderful place to relax and lighten up. Its major attraction is its artistic marble dam which has six beautiful cenotaphs and a holy temple of Lord Shiva in the middle. It has a courtyard on the northern end and a pavilion of 12 pillars on the southern end. This lake is surrounded by Jaisamand Wildlife Sanctuary which preserves around 162 sq. km of forested land.

During the reign of Maharana Jai Singh, there was a great need for water for cultivation in Mewar’s southeastern corner. The Maharana emulated his father by damming a small river, the Gomati, and building a massive embankment. It is said that, Maharana Jai Singh at the time of inaugration June 2, 1691, walked around the dam charitably distributing gold equal to his own weight after a Tuladaan ceremony Jai Singh named the resultant lake Jaisamand after himself – its often-used nickname is ‘Ocean of Victory’ (‘mand’ meaning ‘ocean’). 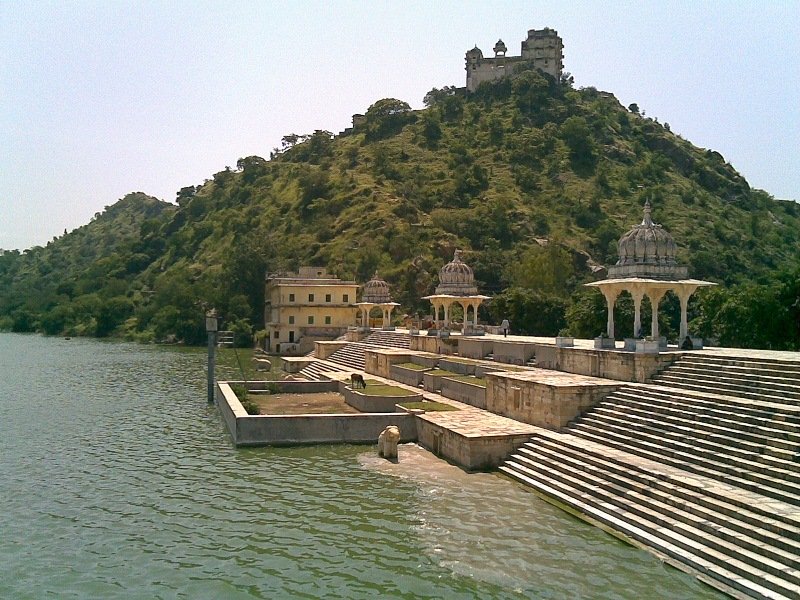 Surrounding Jaisamand lake is the Jaisamand Wildlife Sanctuary. Built in the year 1957, the sanctuary covers an area of 62 sq km. Jaisamand wildlife sanctuary has been converted into a game sanctuary.

Other Attractions near Debar Lake

Another feature of Jaisamand Lake that makes it a nice place to visit is a sanctuary. Jaisamand Lake is close to the sanctuary that serves habitat to various types of birds, panthers, leopards, deer, wild boars and crocodiles. Once, these woods used to form the hunting ground of the erstwhile rulers of Mewar The Jaisamand Island Resort which is one of the most luxurious and expensive hotel resorts in Asia is also located in one of the islands of the lake.

The island resort here is worth to visit after an adventurous trek in the wild for a close encounter with the fauna. Jeep rides are the best. A tourist bungalow, a forest rest house and a hotel provide accommodation to the enthusiastic wildlife watchers. It’s the only one on the entire 40 acres island in Jaisamand Lake.

As it is highly travelled by tourists from across the country. Not just because of its massive size, but its breathtaking beauty which gushes out from its shimmering waters. A wonderful place to relax and enjoy. This amongst the popular attractions in Udaipur not only for nature lovers but also for adventurous people.