It will be no lie if I said that the Fateh Sagar lake is the pride of the Udaipur city, the most loved hangout place for the locals and the favourite tourist attraction. Situated to the north-west of Udaipur and one kilometre away from Lake Pichola.

This is the second artificial lake of Udaipur, with an area of 4 km2 and depth 13.4m (44ft). the Fateh Sagar lake has three islands in it the biggest of them being converted into an outstanding Garden, the Nehru Garden, the other into a Solar Observatory (which gives the best view in the whole of asia) and the third has the water jet-fountain which adds glitters to the beauty of this lake. 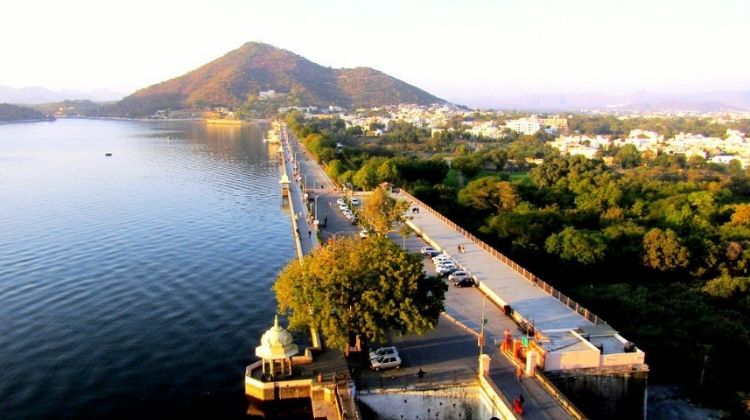 Its 2800 feet long northeastern embankment has three names, The Pal, the Drive and the Connaught Bund. The foundation stone of the embankment was laid by the Duke of Connaught (son of Her Majesty Queen Victoria). Hence the name as Connaught Bund.

Fateh Sagar is not just beauty but there are a lot of fun activities which you can do over here like water sports including boat ride, speed boat, jet ski and camel ride. There is an annual fair called Hariyali Amavasya Mela (Green New Moon Fair) celebrated in the month of Shravan (August/September) near this lake. 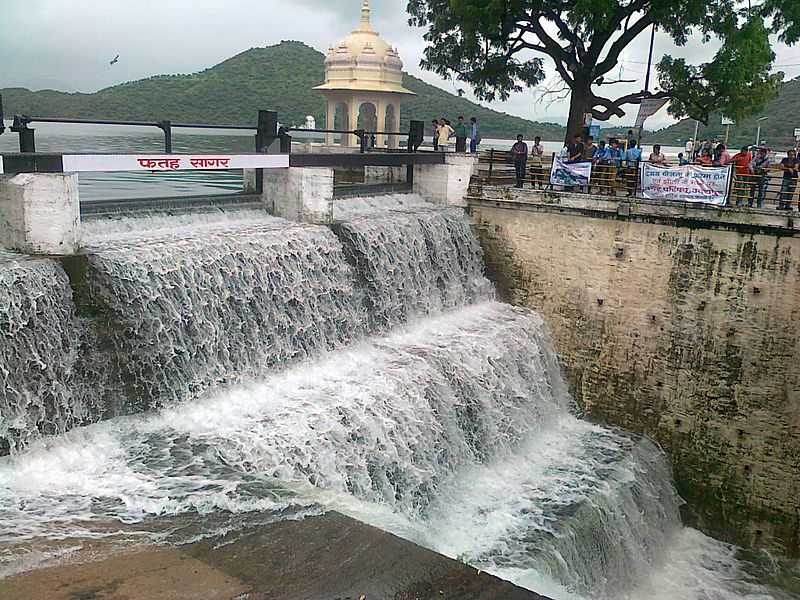 There are lots of eateries where you can taste the delights of North India, East India and South India. There are many parks surrounding the lake like Moti Magri(Pearl Hill), Sanjay Gandhi Park, Rajeev Gandhi Park and Maharana Pratap Memorial Park. So if you are a travel junky or you just enjoy by relaxing and enjoying a great then you must visit Fateh Sagar Lake.

Fateh Sagar is a popular destination for organizing various national and international events. Recently, it was a venue for the first edition of India’s first World Music Festival, a two-day festival held on February 13 and 14. Performances were made by artists and musicians from more than 12 countries, including Spain, Ghana, Venezuela, Italy, France as well as India.

Originally this lake was constructed by Maharana Jai Singh in 1687, but 200 years after its construction the earthen bunds were washed out due to floods. Then in 1889 Maharana Fateh Singh re-constructed it and then it was named after him as Fateh Sagar Lake. Duke of Connaught laid the foundation stone. In 1970 de-silting restoration work was undertaken by volunteers. And in 1992 Udaipur Conservation Lake Society(NGO) was established to look after the maintenance of the lake.

Due to huge rush in the evening time route to Fateh Sagar becomes one way and you must wear a helmet if you are on two-wheeler.