Haldighati Museum have a sound/light show about Maharana Pratap & the Battle of Haldighati, fought here in 1576. Haldighati is a mountain pass in the Aravalli Range of Rajasthan in western India which connects Rajsamand and Pali districts. The pass is located at a distance of 40 kilometres from Udaipur. The name ‘Haldighati’ is believed to have originated from the turmeric-coloured yellow soil of the area. ( Turmeric is haldi in Hindi ). 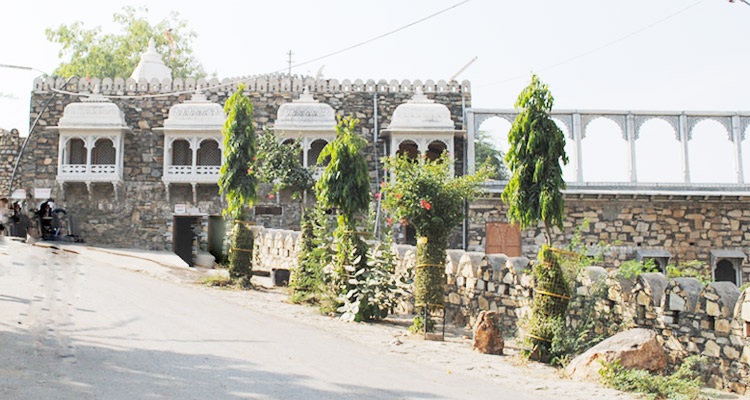 The Battle of Haldighati was fought in Haldighati, Rajasthan, on 18 or 21 June 1576 for around four hours between Rana of Mewar, Maharana Pratap and Mughal Emperor Akbar’s forces led by Man Singh I.

When Mughal commander attacked this region but had to beat retreat because of the forces led by Maharana Pratap. By employing the guerilla warfare technique, the Rajput forces pushed the Mughals from the royal camp at Badshah Baag to open plains of Rakt Talai. The Mughal forces fought with Pratap but the outcome was indecisive.

Maharana Pratap, astride his favourite stead CHETAK attacked Man Singh with his spear and killed the mahout while Man Singh managed to escape. During the encounter, one of Chetak hind legs was wounded from the sword held in the elephant trunk creating an emergency. 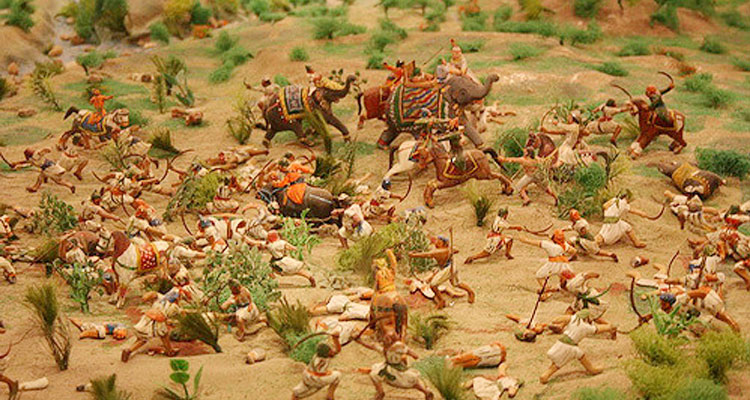 In 1576, Akbar deputed Man Singh I and Asaf Khan I to lead a force against Maharana Pratap. The Rana advanced with a force numbering almost half the Mughal numbers and took a position near Haldighati which was at the entrance of a defile. In Pratap’s army, the main commanders were Gwalior’s Ram Shah Tanwar and his three sons, Rawat Krishnadasji Chundawat, Maan Singhji Jhala and Chandrasenji Rathore of Marwar.

His army also included Afghans led by Hakim Khan Sur and a small contingent of Bhil tribals headed by Rao Poonjaji fighting alongside him. Anticipating the Mughal attack, the Rana had also devastated the entire region up to Chittor to prevent the Mughal forces access to food and fodder. The Mughals were then guided by Pratap’s brother Shakti Singh that what was the way they could face Pratap in open and with minimum casualties. 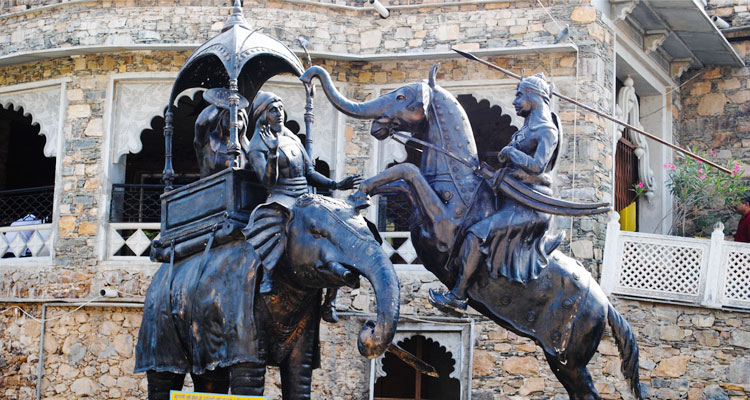 The Battle of Haldighati was fought on 18 June 1576 for around 4 hours. It was primarily fought in the traditional manner between cavalry and elephants since the Mughals found it difficult to transport artillery over the rough terrain. In a traditional fight, the Rajputs were at an advantage; their impetuous attack led to a crumbling of the Mughal left and right wings and put pressure on the centre until reserves, but a rumour of Akbar’s arrival turned the tide and resulted in a Rajput retreat. The heat, and fear of ambush in the hills, resulted in the Mughals deciding not to pursue the Rajputs into the hills.

After the battle, Akbar captured many Rajput forts including the Mewarian capital Udaipur This fight can be viewed as an assertion of local independence arising from local and regional patriotism

Know more about Battle of haldighai