Udaipur City Palace is a wonderful palace, located peacefully to the east of Lake Pichola. This elegant Palace is the most-visited tourist attraction of Udaipur. This magnificent palace consists of a series of palaces. All the Palaces are inter-connected with each other, fashioned smartly so that enemy attacks can be avoided or escape in adverse situation is possible.

The palace structure goes like this- After you enter through the main Tripolia Pol (triple gate), are the Suraj Gokhda (for public address), the Mor-chowk (Peacock chamber), the Dilkhush Mahal (heart’s delight), the Surya Chopar, the Sheesh Mahal (Crystal Gallery), the Moti Mahal (Palace of Pearls), the Krishna Vilas, Shambu Niwas (royal residence now), the Bhim Vilas, the Amar Vilas that faces the Badi Mahal (The Big Palace). 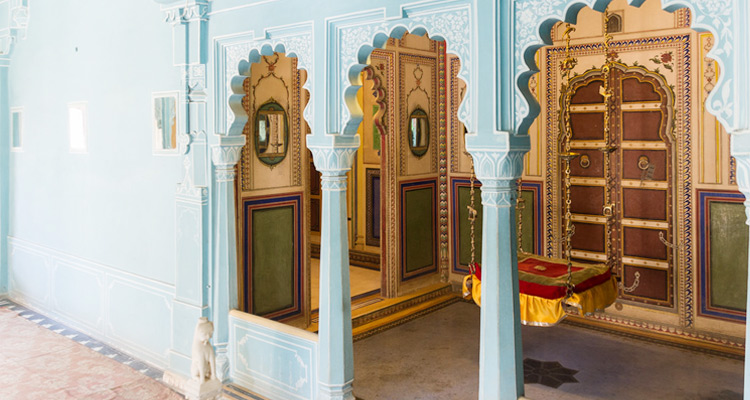 Then there is Fateprakash Palace and the Shiv Niwas Palace which are now converted into luxury heritage hotels. The Palace has a post office, bank, travel agency, craft shops and also an Indian boutique belonging to the World Wildlife Fund (WWF) in its facility. The entire complex is the property of the Mewar royal family with various trusts maintaining the structures.

Structure within the city palace

The main entrance gate is called “Bara Pol”(Great Gate), Bara Pol leads to “Tripolia Pol”(Triple Gate). There are many traditional shops between the road from the triple gate and the main palace. Amar Vilas is the highest point in the city palace it has beautiful hanging gardens with fountains, towers and terraces. Amar Vilas leads to Badi Mahal(Great Palace) or Garden Palace it has a swimming pool which was used by the royal family during Holi festival. 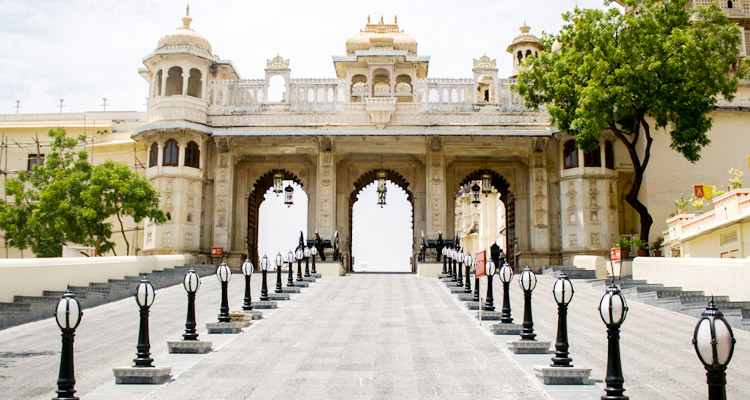 Then there is Durbar Hall built-in 1909 within Fatehprakash palace for official royal functions. Fateh Prakash palace has now been converted into a luxury hotel.

When you will enter the Mor Chowk you will see that this chamber consists of three peacocks which represent three seasons of summer, winter and monsoon. Then there is Rang Bhawan which was used to keep the royal treasure. It has a temple of Lord Krishna, Meera Bai And Shiva in it.

Sheesh-Mahal(now Crystal Gallery) was built by Maharana Pratap for his wife Maharani Ajabde. A part of the Zenana Mahal(Ladies Chamber) and some of the other palace was converted into a Museum which is open to all.

Construction of this palace was started by Maharana Udai Singh in 1559 and was completed by his successors in the 18th century. It took over 400 years to build this outstanding palace. Originally the king of Mewar use to rule from Chittor but when Maharana Uday Singh inherited the throne in 1537 there were signs of losing the fort to Mughals as they were growing strong at that time. 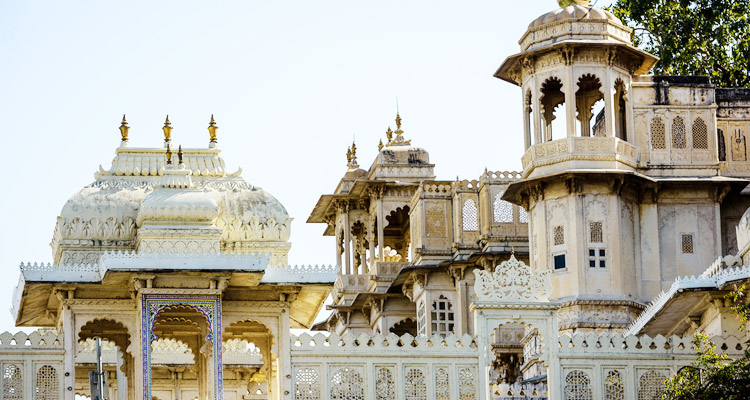 And a hermit had told Maharana that they will lose this fort in future. So Maharana Uday Singh decided to build another fort near Lake Pichola as this location was well protected on all sides by forest, lakes and the Aravalli hills, this place was then named Udaipur.

As this palace is all about royalty it is a great place for pre-wedding shoots or normal photography. I will highly recommend the boat ride as this will give you an unforgettable experience Jag Mandir is a wonderful Palace with beautiful gardens it also has a bar where you can chill and enjoy the view with your drink.